Do you have a herniated disc in Hartford? Are you suffering from back pain, but are unsure of what may have caused it? Well one thing is for certain, you're not alone. The number of reported cases of back pain continues to rise each year. In fact, the National Center for Health Statistics has determined that more than 13% of all hospital admissions are due to some variation of back pain.

While a number of things may be responsible for the pain including; fractures, sprains, strains, and spinal stenosis, a herniated/bulging disc is by far one of the most common. Recent studies have shown that nearly 35% of the American population currently have herniated or bulging discs, many of them asymptomatic. Unfortunately, these people are unaware that their discs are acting like ticking time bombs, waiting for a time when they are overcome by stress, resulting in varying degrees of pain. Your doctors at Hartford Spinal Care in Hartford understand how severe herniated and bulging discs may be and will use this article to provide you with information about this condition, as well as the most appropriate treatment options.

To understand what a herniated/bulging disc is, it is essential to have a basic understanding of their normal structure and function. A typically person has 23 intervertebral discs throughout their spine, each separating the neighboring vertebrae or back bones. An intervertebral disc has two primary components; the annulus (a group of circular fibers) and a nucleus found within the center of the annulus. While it may seem too simplistic, relating a disc to a jelly donut provides a good visualization of its structure. To picture this, imagine the nucleus as the jelly in the center of the donut or annulus. While the design may be simple, it has allowed intervertebral discs to become one of the most amazing structures found within the human body. Imagine the amount of stress that a single disc experiences in a lifetime, acting as a shock absorber with every single step and motion. Not only do these discs act as the only shock absorbers throughout our spine, they are also responsible for protecting the surrounding nerves and muscles.

What is a Herniation or a Bulging Disc?

While discs are extremely strong, they are susceptible to damage and subsequent weakening. Overtime, damage to the disc can weaken the annulus allowing the inner nucleus to bulge at the weakened area, or in the most severe cases herniate completely through. We will refer back to the jelly donut analogy to illustrate this concept. As pressure is applied to the intervertebral disc, it typically causes a slight enlargement on the opposite side of the disc due to a shifting of the fluid nucleus (jelly). For example, when a person bends forward to pick something up they increase the pressure on the front of the disc, causing the jelly (nucleus) to shift to the back. In a healthy disc, the enlargement and fluid will return back to its normal position once the added pressure or stress is removed. However, when the disc has been compromised, it will often remain in its deformed state causing disruption or even damage to the surrounding structures.

Now that you have an understanding of what a disc is, as well as a herniation and bulge, I'm sure your wondering what caused the disc to become weak in the first place. The answer to this question isn’t as easy as you would guess. Typically, the development of pain due to a damaged disc has been building up overtime. Lifting that heavy box, tying your shoe, or even coughing which may have caused the pain to become noticeable, was more than likely the straw that broke the camels back. Prior to the development of pain, factors such as subluxations, osteoarthritis, loss of normal spinal curves, and simple improper posture led to the weakening of the outer annulus of the disc. The moment you noticed the pain, was more than likely the time that the nucleus bulged through the annulus, placing pressure and stress on the surrounding nerves.

How to Fix a Herniated or Bulging Disc?

While there are many treatments available, starting with the least invasive and most conservative approach is always the best idea. Thankfully, when treating herniated or bulged discs, the most conservative approach has been found to be the most effective. After determining the diagnosis of a disc problem, your doctor will confirm their suspicions through the use of MRI or X-ray imaging. Once a disc pathology has been confirmed, your doctors will determine the most appropriate treatment avenue.

With subluxations (misalignments) of surrounding vertebrae being one of the most common causes of disc herniations, chiropractic adjustments have been found to be one of the most effective treatment choices especially when combined with Spinal Decompression therapy. Your doctor at Hartford Spinal Care will often combine spinal decompression therapy with your adjustment protocol to enhance the results and contribute to a faster recovery. In addition to increased effectiveness, spinal decompression therapy also minimizes the risk and cost that is often seen with many surgeries.

If you are suffering from back pain or want an evaluation and consultation to determine if you may be one of the 35% of Americans with asymptomatic disc bulges, contact Hartford Spinal Care in Hartford today. 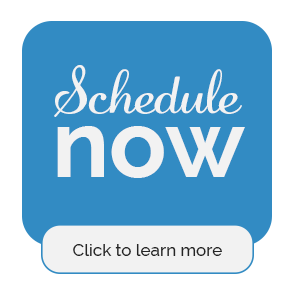